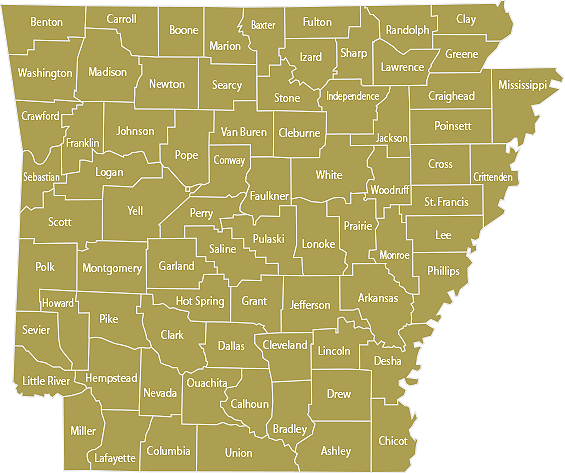 Commissioners elected in 2019 (as noted with an asterisk). A copy of their Oath of Office has been received by our office; and
All other commissioners as of December 31, 2018, in which our office has not yet received information reflecting the 2019 election for these positions.

Each of the 75 counties in the State of Arkansas has a County Board of Election Commissioners responsible for conducting elections within its respective county. The County Boards' responsibilities include: